Seventeen-year-old sprinter James Arnott from Plymouth received a £2,000 boost to his sporting career on Saturday when Sir Elton John CBE handed him a cheque from SportsAid to help him achieve his Paralympic ambitions.

After meeting Elton James said, "It was amazing. Knowing that he is willing to give up his time and support for our future is fantastic. He was so knowledgeable about us and our sports, it was really an honour to meet him.

He added, "To be singled out from all of the other amazing athletes in the country and to be one of the first five to receive these awards was also an honour in itself. It will hugely benefit my future because of the publicity and extra support it will bring.

"Being there really gave me an insight into what it would be to become a top athlete and it has motivated me even more. The funding will go towards my academy fees and will also help me to buy new kit and equipment to help me get by this year."

Elton John said, "It was a special moment to meet James and the other athletes. Their successes are already very impressive, and with a little extra help and recognition who knows what they could go on to achieve. They are the reason we were all at Stoke Park for the concert. Working with SportsAid, we know we are helping the right athletes at the right time."

Speaking to guests before the concert Zac Purchase said, "I remember receiving my first SportsAid Award as a young athlete and it is one of those wonderful moments in life when someone turns around to you and says, 'you know what, we think you could be good'. And now you look back at SportsAid's alumni and how many of them go on to achieve great things, and it just goes to show that SportsAid gets it so right when selecting which athletes to support, giving them the confidence boost to go out and perform even better in the future." 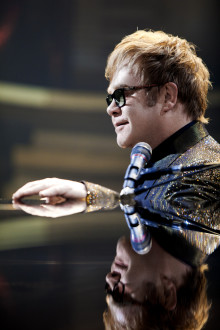 Concert inspired by London 2012 raises more than £300,000 to support aspiring British athletes hoping to compete at the Olympic or Paralympic Games. Sir Elton John CBE presents £2,000 SportsAid Award cheques to the first five athletes to benefit from the fund. 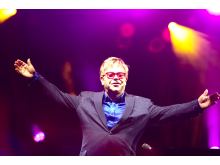 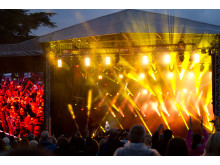 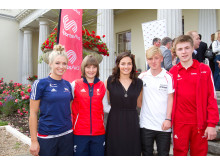