SportsAid has today announced the shortlist for its prestigious One-to-Watch Award which was last year presented by Her Royal Highness The Duchess of Cambridge, the charity’s Patron, to skeet shooter Amber Hill.

Other notable recipients from recent years include diver Tom Daley, sprinter Jodie Williams – now the British number one over 200m – and gymnast Courtney Tulloch, who this year competed at the world championships alongside Max Whitlock and Kristian Thomas, who jointly presented him the award back in 2012.

The shortlist of ten was drawn up by judges from Sport England, UK Sport, the English Institute of Sport, BBC Sport and SportsAid – chaired by Olympian Sarah Winckless – from 1,300 young sports people across the UK who have received financial support from SportsAid this year. These ten athletes represent Britain’s brightest prospects for the future with two junior world champions, one senior world champion, one double world record holder and a string of remarkable performances among them.

SportsAid Awards 2013 and 2014 from Bank of Scotland Local Heroes.

SportsAid Awards 2013 and 2014 from Jaguar Academy of Sport.

The winner will be announced at the SportsBall, SportsAid's flagship gala dinner which is sponsored by Eversheds, at Supernova in London’s Embankment Gardens on November 27. Tickets and tables for the event are available from sportsball.org.uk or by calling the booking line on 020 8704 4141.

The One-to-Watch Award criteria are as follows:

The One-to-Watch Award judging panel is as follows: 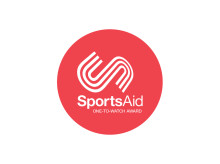 Abigail Stones from Liverpool, Maria Lyle from Dunbar and Morgan Lake from Bagshot are the three finalists for SportsAid's One-to-Watch Award which will be presented at the charity's SportsBall in London on November 27. 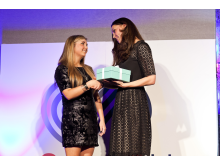 SportsAid's Patron The Duchess of Cambridge presents Amber Hill with the One-to-Watch Award at the SportsBall 2013. The SportsBall is an ... 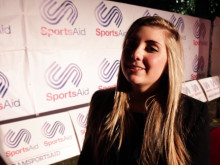 At her first SportsBall since becoming SportsAid's patron, Her Royal Highness the Duchess of Cambridge met SportsAid athletes and support...