Ebonie (SportsAid Awards 2013, OCS, and 2014) overcame Poland's Agata Kawecka in the 50kg division in a controlled final that saw her scoring with some strong, accurate punches. It was the Heart of Portsmouth ABC boxer's fourth bout of the contest having already overcome opponents from Ireland, Germany and Italy.

Chantelle (SportsAid Award 2014) also beat a Polish boxer, Aneta Gojko,  in the 70kg final with a dominant performance. The Chadd ABC boxer - who overcame boxers from Turkey and Russia earlier in the contest - varied her tactics and drew her opponent onto the back hand to take a unanimous points victory and the gold medal.

Team manager Cliff Perkins said, "These two very impressive performances round up a fantastic tournament for England. Three medals in a European Championships is a very good return, and a positive sign for the future of women's boxing in England."

For the full results please see the England Boxing website. 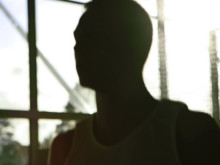